When I'm not reading or writing, I'm usually listening to tons of music, and a good amount of that music for the past decade or so has been hard rock and metal--with special attention given to the latest releases. Of course no one can hear all of it--although some brave souls certainly do seem to try--but I hear a good amount, enough to arrive at a "best of" list for 2014. (Yes another list--I have a thing for them, I reckon.) Now, when I say "metal" I usually mean heavy metal (you know, the stuff that Judas Priest and Black Sabbath invented) but I do enjoy other types as well so some of the more extreme bands do sneak through when they're of what I consider to be outstanding quality. Below, I list the bands in alphabetical order along with album title and genre. Links are provided as well. Enjoy! And let me know your thoughts, or if you have any questions. 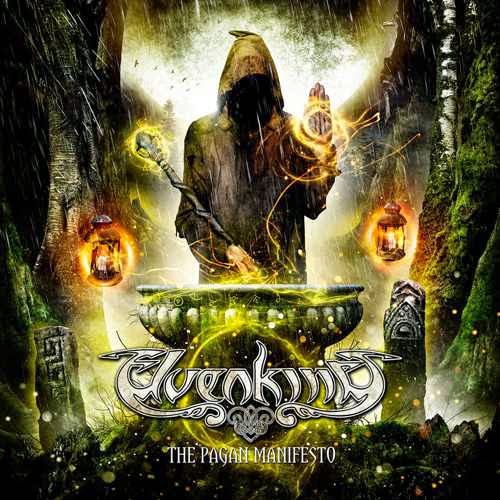 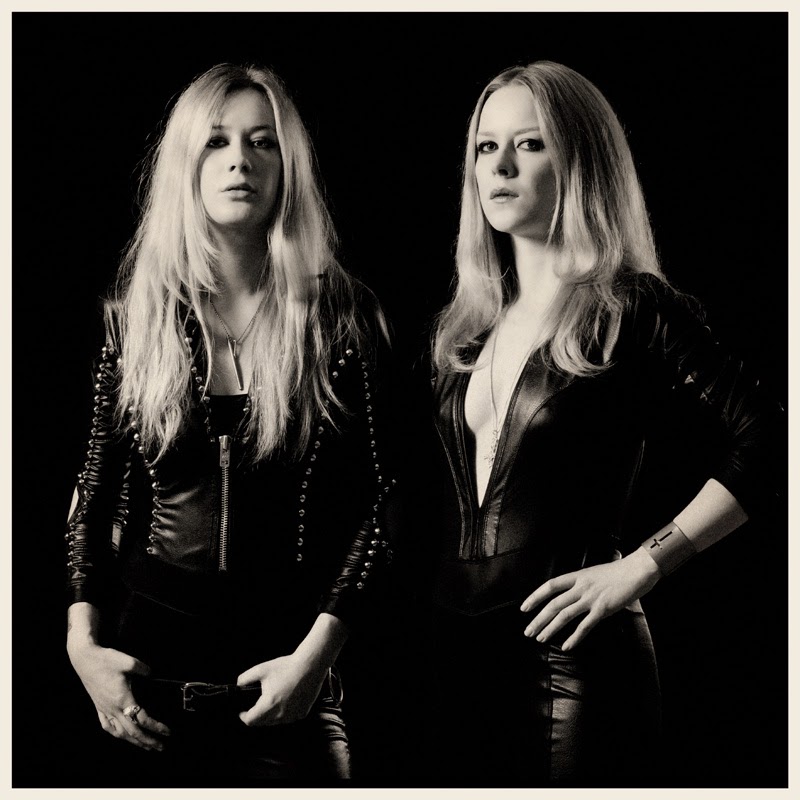 I'd like to start posting here daily, even if it's just a music video, quotation, or a news item--things that interest me. The "social networking" world becomes less attractive by the day; it's repetitive and unpleasant for the most part and a huge waste of time. And so instead I will limit my interaction to this blog, unless, that is, I am contacted directly by some other means (Twitter, Facebook, email) and must reply. All this will free up time for me.

If you have ideas on what you'd like to see here, feel free to drop a comment below.
Posted by Davo ort Wilbo at 9:49 AM No comments:

We all win because I have so many friends who know so much about horror! Here's a little information about my writer buddy Chuck, followed by his top 20 horror fiction list, including notes by the author.

Chuck Rios is lover of all things dark, strange and twisted. A diehard metalhead since he was a kid, he knew straightaway that horror and heavy metal went hand in hand, all of which has had a huge impact on his work. He is a Southern Californian for life, a musician and a beer enthusiast. In his spare time he writes music for his band, Decimation. Follow him on twitter @chuckrios.

The Hellbound Heart, by Clive Barker
Beware, by Richard Laymon (Actually, anything from him. I’m a huge fan.)
I am Legend, by Richard Matheson
Pet Sematary, by Stephen King
Frankenstein, by Mary Shelly
City Infernal, by Edward Lee
The Rising, by Brian Keene
Ancient Images, by Ramsey Campbell
The White Room, by Rick Hautala
Dread in the Beast, by Charlee Jacob

Fear, by Ronald Kelly
The Hour of the Oxrun Dead, by Charles L. Grant
The Complete Fiction, by H.P. Lovecraft, Edgar Allan Poe (I list this as one entry because Lovecraft and Poe primarily wrote short stories. Among my most treasured of these stories are "Cool Air" and "The Tell-Tale Heart," respectively.)
Ghost Story, by Peter Straub
Swan Song, by Robert R. McCammon
Mirror, by Graham Masterton
The Collected Ghost Stories of M.R. James, by M.R. James (Read ‘Oh, Whistle, and I’ll Come to You, My Lad’ late at night with a flashlight, I dare ya.)
Off Season, by Jack Ketchum
The Nightrunners, By Joe R. Lansdale
Live Girls, by Ray Garton

Randy Chandler is the author of HELLz BELLz, BAD JUJU and coauthor (with t. Winter-Damon) of DUET FOR THE DEVIL. He is currently working on two detective novels featuring Joe Dall and Valentine Cooper.

RANDY CHANDLER: I was a sickly little kid the first six years of my life. They figured out later I was allergic to a whole list of things, things like dust. So before the allergy shots took care of that, I had to spend a lot of time indoors; I missed a lot of school and learned to entertain myself. In other words, I developed a rich fantasy life. The high fevers probably helped. I was a trippy little tyke. I believed Frankenstein's monster was hiding in my closet.

My older brother and his pal scarred me for life when they told me my Teddy bear was sick and needed an operation. I watched as they cut Teddy open with a scalpel and did a lousy job of sewing him up. I used to use Teddy as King Kong, stomping on my toy soldiers, but he wasn't very scary post-op.  They also like to do things like stick pine cones down my pants and tell me I'd made poo-poo. What else could I grow up to be but a horror writer?

Once my allergies were gone, I became a rowdy outdoorsy kid, but I managed to stay out of serious trouble and avoided killing myself with reckless stunts.

HN: So I assume this rich fantasy life led to an interest in horror.

RC: Honestly, I can't say for certain. I grew up loving horror movies, science fiction and horror comics. Those things had a powerful effect on my imagination. Nothing stimulated me more than horror. I wrote my first horror tale when I was eleven. It was a one-page story about a werewolf. I think I was meant to be a writer, and horror happened to be what I loved best.

HN: Did you look up to any particular writers as you refined your own style?

RC: The first writer I idolized was Mickey Spillane. In high school I wrote bad imitations of Mike Hammer. Then I discovered the Beat writers and Henry Miller. The good news was, I didn't try to imitate Miller's sex scenes.

The writers I look up to now are Don DeLillo, Cormac McCarthy and Larry McMurtry. McMurtry for his storytelling ability and humor, and DeLillo and McCarthy for the sheer potency of their prose and their thematic depth. I can't read their works without getting the urge to go write something. They prime my word pump. There are others, including Walter Mosley, but those three are The Big Three for me.

HN: When did you start submitting your horror stories.  How did that go?

RC: In 1986 I submitted a couple of stories to small-press pubs. My first published horror tale, "Fungoid," appeared in Doppelganger. Then "Kitchen Witch" appeared in Grue. I struck out at Twilight Zone Magazine and Night Cry. Then in '94 I sold a story to Bizarre Bazaar for actual money. During that same period I did freelance book reviews for The Atlanta Journal-Constitution, and interviewed author Robert Stone for the same newspaper. Around that time I wrote two horror novels and a detective novel. They weren't good enough to be published, but the experience gave me confidence that I did have what it takes to  write a novel.

HN: How did you meet t. Winter-Damon and what made you two decide to write DUET FOR THE DEVIL together?

RC: In 1990 I decided to put out my own little horror rag, Bone-chilling Tales, and I bought one of Damon's stories. We stayed in touch via U.S. mail and decided our styles were compatible enough to try a collaboration. This was at the tail-end of the splatterpunk thing, so we thought there might be a market for an "underground" balls-to-the-wall duet. The result was DUET FOR THE DEVIL. It took ten years to find a publisher. Dave Barnett at Necro was the man.

HN: Was it a conscious decision to make it so intensely violent?  Were you two competing to see who could be the most extreme?

RC: We wanted it to live up to its title, wanted it to be something the Devil would be proud of--if Old Scratch really existed. I don't think we were competing. Damon lives in Arizona, and I live in Georgia. We've never met in the flesh. We talked on the phone some, and those were the days before e-mail, so I would write a segment and mail it to Damon, he would take it from there and send me back what he'd added. Back and forth. Round and round. If we had been competing, he would've easily beat me into the ground.

HN: On your next two novels you went solo.  BAD JUJU is sort of a Southern marriage of Ed Lee and Dean Koontz.  And HELLz BELLz is Laymonesque.  Do you consider these books successful in what you were trying to achieve as a horror writer?

RC: I think so. I wanted to write entertaining horror stories a little different from the run-of-the-mill horror novels. I think I did that with BAD JUJU. The jury's still out on BELLz.

HN: What are you planning next?  Can you give us any details?

RC: I'm finishing a sword-and-sorcery novella called "Angel Blade" for HellBound's BLADESPELL, which will also include novellas by three other authors--as you know, Dave, since you're one of the three. And I'm nearing the end of a detective novel featuring my private dick Joe Dall. I'm halfway through a new horror novel, as yet untitled. And I've got a few other ideas simmering on the back burner.

HN: What’s your opinion on the current state of horror fiction?

RC: I'm the wrong person to answer that. I confess that I haven't read a lot of contemporary horror. But my sense is, there's a lot of talent out there. A lot of writers working on their chops and getting ready to take the genre to a new level. I hope so. As long as T.M. Wright and Peter Straub are working, the genre will remain strong. When it's time to pass the torch, I believe the next generation will be ready to give it a good run.

HN: Thanks for the interview, Randy.

RC: It was fun. Thanks for interviewing me.

This interview was originally published in Hellnotes (2005)

Randy Chandler on Amazon
Posted by Davo ort Wilbo at 12:20 PM No comments:

Hold on to your hellhounds, kiddies! It's time for another list of HORROR!

Our next book list comes from horror author Brett McBean who has been nominated for the Aurealis, Ditmar, and Ned Kelly awards and has won the 2011 Australian Shadows Award for best collection (Tales of Sin and Madness). He also happens to be a big Beatles and Beethoven fan--in other words, he's a man of refined and outstanding taste.

But what you're here to see is his impressive list of top horror fiction, so without further ado...

The Complete Tales and Poems of Edgar Allan Poe
Dracula, by Bram Stoker
The Purple Cloud, by M.P. Shiel
The Illustrated Man, by Ray Bradbury
I Am Legend, by Richard Matheson
Wake in Fright, by Kenneth Cook
We Have Always Lived in the Castle, by Shirley Jackson
Concrete Island, by J.G. Ballard
High Rise, by J.G. Ballard
The Shining, by Stephen King

Posted by Davo ort Wilbo at 4:12 PM No comments:

David T. Wilbanks' short stories have appeared in Occult Detective Quarterly, Postscripts and other publications. Together, he and Mark Justice cowrote the post-apocalyptic DEAD EARTH novel series. His non-fiction has appeared in Horror World, Hellnotes and The Book of Lists: Horror.
David was creator and editor of the Page Horrific website and blog, as well as Grim Rictus Reviews. He ran the Message Board of the Damned and co-created Pod of Horror, with Mark Justice, one of the first horror fiction podcasts. He also ran Acid Grave Press with Craig Clarke.
David currently lives in Minnesota with his wife.