Anyone who knows me knows that I love superheroes. I have loved fantasy since I was a kid and I have loved Marvel comics since I picked up my first issue of the Fantastic Four back in the Seventies. Never once since then have I gotten tired of superheroes, and even if I had it wasn't for very long. 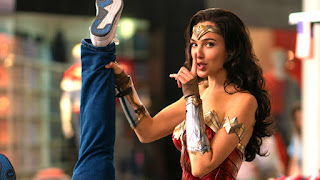 Screw the haters; I'll see any live action superhero movie (or TV series) any time, any day, and as soon as possible, and it was no different when it comes to DC's most powerful female character. The new Wonder Woman movie just came out in theaters, and on HBO Max, which was where I watched it. Both my wife and I enjoyed this action movie, and found it a great way to spend Christmas Eve. And even though I had a handful of quibbles and it was not the best superhero movie I've ever seen (DC seems to have a problem making these movies, whereas Marvel does not), it had enough juice and personality to keep this comic book/pulp fiction fan satisfied. Perhaps it could have been a half hour shorter and thereby tightened up script- and logic-wise, but by being longer it gave me time to lean back, and spend some quality time with one of my favorite types of people: fantasy heroes. Fun fare for the full family.

Now bring on the next superhero movie! I'm always ready.

Quotes from the Dhammapada 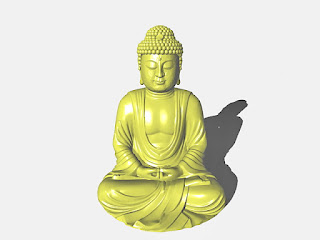 "Those who delight in truth sleep peacefully, with clear minds. The wise always take pleasure in truth expounded by the noble." (Translation by Thomas Cleary)

I discovered this book on my Libby app while browsing the library for something to read. It is a great book for those interested in the history of science fiction, or even just history in general. It includes the stories of those mainly responsible for sf's rise to popularity in our culture (Campbell, Asimov, Heinlein, and Hubbard--all fascinating characters). Throw in a helping of that crazy dianetics stuff and you're in for one absorbing ride.

Many thanks go to its fine author: Alec Nevala-Lee. 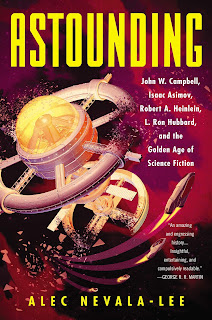 As I have not written much lately, except for comments and posts all over "social" media ("egotist media" I call it), I was considering actually writing in this blog more often than once or twice a year. I have blogged about many things over the years: horror fiction, music; I have done interviews with famous writers, reviews of sf and fantasy books, things like that. So what to write about nowadays in this crazy upside-down world?

It seems that most blogs have a primary focus, but I no longer desire to focus on just one thing, unless that thing is perhaps life and death itself; not sure about that one, not sure readers are ready. I have grown even more philosophical recently and have backed away from writing and reviewing fiction. Fiction has become something of a problem for me, the writing itself, reading, and the business thereof, but I won't get into that--not in this post. For better or worse, this blog will probably be all over the place in regards to content; that is currently what my brain is telling me anyway.

I need an outlet for my creativity, I need a purpose in life besides playing games, the day job, other random entertainments. Perhaps this blog is it.

See you next time. Sooner or later.

Generally, there are two types of fiction I am interested in writing: Horror, and what I call Hero Fiction. You may ask yourself, what is hero fiction and how does it differ from, say, “heroic fantasy” or “men’s adventure”? I’ll try to explain.

Hero Fiction is a blanket term I’m now using that covers everything from sword and sorcery to superhero comics. The stories must have plenty of action and adventure, and a strong hero who’s not afraid to fight for what they feel is right. These heroes generally have a firm philosophy and do not hesitate when action is called for. Of course anti-heroes are allowed as well, as long as there is plenty of action.

“Heroic fantasy” does not fall within this genre because it is too long in the telling; hero fiction is focused more on action and plot and less on exposition and character development, making for stories that get right to the point. As for the genre known as “men’s adventure”, it implies to me obligatory sex scenes which are unnecessary in hero fiction as I define it.
Posted by Davo ort Wilbo at 11:59 AM No comments:

Treasure from the hard drive. The following is an interview I did with horror author Ray Garton for my online horror 'zine Page Horrific way back in November of 2005. Nothing has been changed or edited for this blog post; this is a copy of the original document:


THE QUESTIONS 10 FOR RAY GARTON by David T. Wilbanks

[Ray Garton is the author of over 45 books, including the vampire classic LIVE GIRLS and the thriller SEX AND VIOLENCE IN HOLLYWOOD.  He lives in far northern California with his wife Dawn and their eight cats, where he is hard at work on his next book.]

1. How did you develop interest in the horror genre?

RG: Actually, it didn't develop, it happened instantly.  At the age of four, I saw my first horror movie, William Castle's 13 GHOSTS, it scared the hell out of me, and I loved it.  After that, I was hopelessly hooked.

2. Please tell us about the sale of your first novel, SEDUCTIONS.

RG: My first sale spoiled me because it happened so quickly and so easily.  I got an agent when I sent him a few short stories and he said, "I can't do anything with short stories, do you have a novel?"  I told him I had a novel half-done, which was a lie.  I immediately went to work on SEDUCTIONS and wrote it in three or four months.  I submitted it to my agent, he showed it to an editor at Pinnacle, and it sold, simple as that.  It just about knocked me over.  It hasn't been that easy all along, though.

3. How does the horror publishing environment today compare with the '80s and '90s?

RG: It doesn't.  In the '80s, publishers were buying up horror like crazy, right and left.  In the '90s, it cooled off.  Now, if you say the word "horror" in the same room with a New York editor, he'll kick you out.

4. You seem to have a close relationship with Cemetery Dance. Please tell us about that.

RG: I've had a GREAT relationship with Rich Chizmar at Cemetery Dance.  I honestly can't tell you how it began -- it feels like it's always been. I've had a bad experience in the small press, and I approached Richard with caution.  He's turned out to be not only a fine publisher, but an honest guy whom I now consider a friend.  He's published some editions of my books that I'll always be proud of -- it's been a wonderful relationship that I have every intention of continuing, whether Rich likes it or not.

5. How does writing a TV- or movie-tie-in compare to writing an original Garton novel?

RG: With a novelization or tie-in, you're writing someone else's story with someone else's characters.  A lot of people seem to think a writer just cranks these things out carelessly, but you're dealing with someone else's hard work here, their story and characters.  In that case, I want to take care with them.  So I give it my best in the short period of time usually given me.  I enjoy doing them, they're fun.  It's enjoyable sometimes to sit back and write something that's already laid out for me for a change.

6. If you could change one thing about the writing biz, what would it be?

RG: Editors would be able to buy stuff they like without having to take it to the sales force to see if they could market it first.  The decisions would be made by editors again, not by the sales people.

7. Which is more difficult to write: fiction or non-fiction? And why?

RG: The only real non-fiction I've written is movie reviews.  I wrote a book that was SUPPOSED to be non-fiction, but that was a lie.  I prefer writing fiction -- I can make everything up that way, it's a lot easier.  Don't slow me down with facts.

8. Who are some of your literary heroes and what makes them special to you?

RG: Stephen King really woke me up to the fact that I could be a horror writer. Dean Koontz was a big influence on me early on.  Every book written by John Irving is an event to me, I love his stuff because he peoples his fiction with such fascinating characters.  I've recently discovered noir and I'm encountering a lot of writers I've never read before like Jim Thompson and David Goodis and Charles Willeford -- writers who are opening up a whole dark new world for me.

9. Who are some of your favorite new writers and what makes them special?

RG: I'm afraid I haven't been reading any new writers in a long, long time. Lately, all the writers I've been reading are mostly dead.

10. Please tell us about any upcoming Ray Garton news.

RG: My new horror novel, THE LOVELIEST DEAD, will be released by Leisure Books in January.  After that, Leisure will reissue LIVE GIRLS in paperback, followed by its sequel NIGHT LIFE.  In the near future, Cemetery Dance will be releasing my first two noir novellas in one volume under the pseudonym Arthur Darknell:  MURDER WAS MY ALIBI, and LOVELESS.  Soon, my agent will begin shopping around my first roman noir, TRAILER PARK NOIR.  I'm almost finished with DISMISSED FROM THE FRONT AND CENTER, the fictionalized story of my two years at a Seventh-day Adventist boarding academy.  Beyond that, I'm not sure.

Posted by Davo ort Wilbo at 9:53 AM No comments: 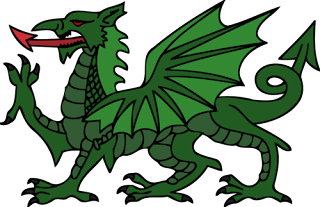 You haven't heard from me for quite a while on this blog site. This is because my brain decided it wanted a long break, and so not being one to argue with his own brain, I did a few (or several?) years of slacking off.  I know this seems extreme, but please rest your worried mind; I am now attempting to reboot this writing thing and see where it takes me. I mean, what else do I have to do with the rest of my life?

I always have a whole list of fiction ideas bubbling away in my skull but there is one idea in particular that I want to take for a spin. I'm not sure if it will end up being a short story, or if it will bloom into a full novella or--wow!--even a novel. We can only hope. Then there's this vampire thing I want to write as well, and some urban fantasy maybe ...

Welcome back, o reader. I hope you stick around.
Posted by Davo ort Wilbo at 4:37 PM 3 comments:

David T. Wilbanks' short stories have appeared in Occult Detective Quarterly, Postscripts and other publications. Together, he and Mark Justice cowrote the post-apocalyptic DEAD EARTH novel series. His non-fiction has appeared in Horror World, Hellnotes and The Book of Lists: Horror.
David was creator and editor of the Page Horrific website and blog, as well as Grim Rictus Reviews. He ran the Message Board of the Damned and co-created Pod of Horror, with Mark Justice, one of the first horror fiction podcasts. He also ran Acid Grave Press with Craig Clarke.
David currently lives in Minnesota with his wife.