I've started a couple groups on Facebook you might want to check out, and perhaps join, depending on your interests. I've listed them below with a short description for each. Hope to see you there.

THE HARD & HEAVY GANG: Discussion of hard rock and heavy metal. Mainly old school but we rule nothing out.

SWORDS AND CAPES: Adventure in fiction and movies. Sword & sorcery, superheroes and all other things heroic.

https://www.facebook.com/groups/swordsandcapes/
Posted by Davo ort Wilbo at 7:10 AM 2 comments:

Marvelous Mark Justice Has Passed Away 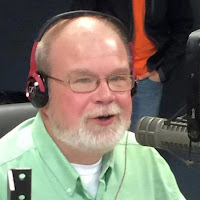 My co-writer of the Dead Earth books, Mark Justice, died quite suddenly while staying in the hospital last night. One moment he was posting statuses to his fans and friends on Facebook, and then we all woke up this morning to the heartbreaking news, posted everywhere. It was quite a blow.

Mark and I go a ways back--back to the days before Twitter and Facebook when we both hung out on the horror genre forums like Shocklines and Horror World--just like the rest of the horror community. He told me back then how much he had enjoyed a story of mine published on the Horrorfind site, which was a very nice thing to say because it came out of the blue, totally unsolicited--but that was just Mark's way.

Some time later, I was co-editing the Damned Nation anthology along with Robert N. Lee, and Mark's was one of the stories that we eagerly accepted for publication. I liked the guy's writing and I thought us compatible both personality-wise and in our way with a story. So one day I asked him if he'd like to hook up and write some fiction together, a "horror Star Wars" is how I put it to him. He was generous enough to agree immediately, and to make a long story short, that's why you now have three Dead Earth books available to you. Near the beginning of our collaboration, probably sometime after The Green Dawn was finished, or during maybe, Mark came up with the idea for a podcast where we'd both talk about the horror genre, tell some jokes and plug our books. That was Pod of Horror, which has lasted to this day (although I dropped out earlier on). It must have been one of the first horror podcasts ever, and who better to host than Mark, not only a great writer but also a professional DJ? It was some of the most fun I'd ever had.

What else did my good friend and I do together? Lots of things. He wrote reviews for my website Page Horrific. He helped me with my online genre forums. We had many a good laugh over the years while writing books and recording podcasts together...

Cut to two weeks ago: Mark emailed me to see if I wanted to write another novel with him, just like in the old days. Two weeks ago. And now he's gone.

Mark Justice was a kind, caring man who has many fans across Kentucky, where he worked, and the greater world. He and his sense of humor will be sorely missed by many. But at least he left us his podcasts, books and other writings, to enjoy for years to come.

David T. Wilbanks' short stories have appeared in Occult Detective Quarterly, Postscripts and other publications. Together, he and Mark Justice cowrote the post-apocalyptic DEAD EARTH novel series. His non-fiction has appeared in Horror World, Hellnotes and The Book of Lists: Horror.
David was creator and editor of the Page Horrific website and blog, as well as Grim Rictus Reviews. He ran the Message Board of the Damned and co-created Pod of Horror, one of the first horror fiction podcasts, with Mark Justice. He also ran Acid Grave Press with Craig Clarke.
David currently lives in Minnesota with his wife.